Ode to a Dawdler: A Note On The History Of Procrastination

Posted by Manny Echevarria in Etymology, Language and Culture on February 24, 2009 0 Comments 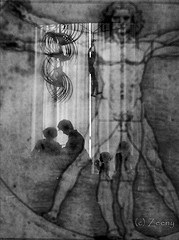 Open a newspaper, or turn on the television or news radio and you will hear the following message from our leaders and pundits: we must act now, there is no time to waste, swift and bold action is required.

It is as though the ultimate cause of the financial crisis was not the actions of greedy investors, or irresponsible home mortgage lenders, or a nation obsessed with living beyond its means, but the fault of the dilly-dallyers, heel draggers, and dilatory deferrers who wavered and hemmed and hawed while they vacillated, lolly-gagged and pussyfooted around. The procrastinator, it seems, is the new worst thing.

And so, it’s time to take a different look at those dispossessed derelicts who are content to let the grass grow under their feet before stepping into any bold actions.

Procrastination, the cardinal sin of the puritan work ethic, was not always considered such a bad thing. We are reminded of this fact by a recent article from The Chronicle of Higher Education titled, How To Procrastinate Like Leonardo Da Vinci.

After exploring Da Vinci’s infamous capacity to dawdle (he left far more work unfinished than complete — including much work that he had been commissioned and paid for years before his death), author W.A. Pannapacker delves into the history of the term Procrastinate.

Here is an excerpt:

The unambiguously negative idea of procrastination seems unique to the Western world; that is, to Europeans and the places they have colonized in the last 500 years or so. It is a reflection of several historical processes in the years after the discovery of the New World: the Protestant Reformation, the spread of capitalist economics, the Industrial Revolution, the rise of the middle classes, and the growth of the nation-state. As any etymologist will tell you, words are battlegrounds for contending historical processes, and dictionaries are among the best chronicles of those struggles.

The magisterial Oxford English Dictionary presents a wide range of connotations for “procrastinate,” ranging from the innocuous “to postpone” to the more negative “to postpone irrationally, obstinately, and out of sinful laziness.” The earliest instances of procrastination do not carry the moral sting of the later usages. To procrastinate simply meant to delay for one reason or another, as one might reasonably delay eating dinner because it is only 3 in the afternoon. For example, in 1632 someone described “That benefite of the procrastinating of my Life.” In other words, sometimes delay is good; it is a good idea — in this case — to delay the arrival of death.

Somehow it is not surprising that the first notable shift in the moral weight of the term is found in relation to business and the building of empires. In his 1624 account, The Generall Historie of Virginia, New-England, and the Summer Isles, Capt. John Smith — adventurer and founder of Jamestown — wrote of his gang of shiftless cavaliers, “Many such deuices [devices] they fained [feigned] to procrastinate the time.” It was, no doubt, owing to this procrastination — not tyrannical leadership and impossible conditions — that Jamestown’s early years were so unsuccessful. Eventually, Smith developed the policy of “He that will not worke shall not eate,” since eating seems to be one of the few things about which one cannot procrastinate for long. It’s a telling moment when procrastination becomes a crime against the state potentially punishable by death.

As time wore on, and the pace of life accelerated, the exhortations against procrastination in the English-speaking world rapidly became stronger. By 1893 we find someone not being accused of procrastination or warned against it, but accusing himself of the shameful vice: “I was too procrastinatingly lazy to expend even that amount of energy.” The rhetoric of anti-procrastination — constructed by imperialists, religious zealots, and industrial capitalists — had become internalized. We no longer need to be told that to procrastinate is wrong. We know we are sinners and are ashamed. What can we do but work harder?

Like the English Romantic poet Samuel Taylor Coleridge, we live our lives with regret for what we have not done — or have done imperfectly — instead of taking satisfaction with what we have done, such as, in Coleridge’s case, founding English Romanticism in his youth and producing, throughout his life, some of the best poetry and literary criticism ever composed, including his unfinished poem “Kubla Khan.” But that was not enough; always, there was some magnum opus that Coleridge should have been writing, that made every smaller project seem like failure, and that led him to seek refuge from procrastinator’s guilt in opium.

One thing about this dalliance with the OED is reassuring: If words emerge and evolve over time, it is possible to get behind them, to disconnect the relationship between “signifier” and “signified” so to speak. Since procrastination emerged from a specific historical context, it is not a universal and inescapable element of human experience. We can liberate ourselves from its gravitational pull of judgment, shame, and coercion. We can seize the term for ourselves and redefine it for our purposes. We can even make procrastination — like imagination — into something positive and maybe even essential for the productivity we value above all things.