The Origins of 10 Interjections

Posted by Maria Khodorkovsky in Language and Culture on March 11, 2014 10 Comments 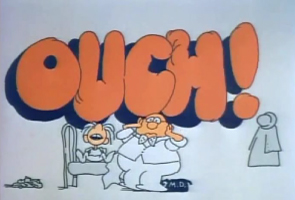 Many of us remember the delightful Schoolhouse Rock video in which a sick little boy, a coy lady, and a jeering crowd yell out a plethora of interjections set to a catchy tune. Interjections are some of the most fun and entertaining bits of any language; they represent a linguistic shortcut, allowing the speaker to express gut-level emotions with brief, punchy exclamations. Because most every language provides for this linguistic release valve, a lot of overlap exists between which sounds represent which emotions. Below you will find just a few of these cross-cultural cries: