A while back, we reported on a language acquisition study mentioned in Cognitive Daily which suggests that listening to and singing along with music may play an important role in learning a language. We love to listen to and share foreign language music anyway, so here is a new feature by Beyond Words that highlights albums from around the world.

Various Artists: Next Stop … Soweto – Township Sounds
From The Golden Age Of Mbaqangwa (2010) 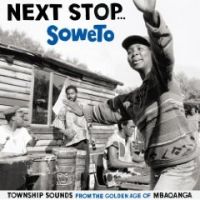 Strut follow their recent forays into Nigerian and Ethio grooves with a brand new wide-ranging three-part series exploring underground South African music during the late ’60s and ’70s. ‘Next Stop… Soweto’ Volume 1 explores the vibrant energy of the township jive sound. Jazz had been a fixture in South African music since the 50’s and jive initially emerged a decade later as a fusion combining elements of rural Zulu music and harmony vocal styles with Western instrumentation. Hear STRUT trace some of the amazing music – that often only appeared on short run 45’s at the time – including tracks from lesser known bands that plied their trade under apartheid during the years before the tumultuous Soweto uprising of 1976… until now all have been largely unknown to the outside world. –© Strut Records

Listen to the second track, “Maphuthi,” by The Mgababa Queens: 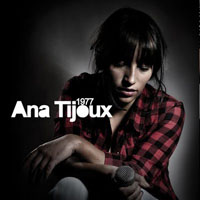 Ana Tijoux is regarded as one of Latin America’s leading female MCs. She has been nominated by the MTV Latin America VMAs for “Best New Artist” and “Best Urban Artist.” Tijoux has been featured on tracks by Bajofondo, Control Machete and DJ Bitman. But it was a Julieta Venegas collaboration which helped expose her to the mainstream. With 1977, Tijoux proves her abilities as a true rapera through sophisticated lyrics, a hypnotic jazzy voice and dynamic beats. The new album paints a picture of her childhood in France and pays homage to early 90s hip-hop that influenced her as a teen in Chile. –© Nacional Records 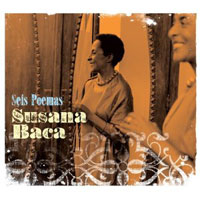 “Don’t forget me, sing me.” Those were the words Chabuca Granda wrote on her deathbed more than twenty years ago in a letter to Susana Baca. For Baca, Chabuca’s plea is as powerful today as when she first read it. Seis Poemas, her latest six-song EP is partly a tribute to Chabuca Granda, one of the great figures of Latin American song. Baca, who got her start spinning the poems of others into wistful melodies, also borrows the verses of Federico Garcia Lorca, the Spanish avant-garde poet who was assassinated during his country’s Civil War, and in a nod to her ancestry she delves into Peru’s overlooked, yet rich African legacy.

It’s not the first time Baca interprets Granda’s songs and poems. In 1984, a year after Granda’s death, she reworked some of her music, and in 1995 the single “Maria Landó,” a Granda composition with words by César Calvo, became the North American breakthrough that catapulted Baca from relative anonymity onto the world stage. –© Luaka Bop

ALTA has provided Language Training to government agencies, businesses of all sizes, and non-profit organizations for 30 years. As trailblazers in the area of language training through video-conferencing technology, we invite you to learn more about our Online Language Training programs. The only unconditionally guaranteed language lessons in the business.