Posted by Maria Khodorkovsky in Language and Culture, Uncategorized on January 8, 2013 2 Comments 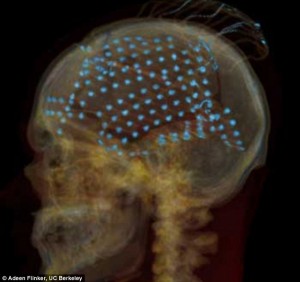 The most coveted and difficult-to-attain result of studying a foreign language is native or near-native fluency. A recent joint study out of the Georgetown University Medical Center and the University of Illinois at Chicago suggests that certain approaches may help a second-language learner to not only speak like a native, but to think like one.

In order to examine the neural processes of second-language learners, researchers contrasted two different pedagogical methods meant to simulate real-life scenarios. For the purposes of the experiment, a pseudo-language termed “Brocanto2” was invented, consisting of 13 words with English pronunciations but a host of grammatical rules that, while all found in natural languages, were not akin to English ones. One group of test subjects learned the language in a classroom-type setting, focusing on rote memorization of grammar and vocabulary. The second group learned the language through a series of immersion activities.

The results of the study, published online last year in the Public Library of Science journal PLoS ONE, demonstrated that only those participants that learned Brocanto2 through immersion showed full native-like brain processing. While both test groups attained a high level of proficiency, researchers were able to measure electrophysiological brain activity to show that different teaching approaches led to different neural mechanisms. Surprisingly, after testing the subjects five months after the initial experiment, researchers found participants from both groups had become more “native” in their processing of the language, though full native-like processing was demonstrated only in the immersion group. Researchers likened this phenomenon to the “consolidation” of information that happens with a number of skills, such as riding a bicycle or playing an instrument.

These findings may prove essential to second-language learners wishing to reach new heights of language competence. Teachers, too, can utilize immersion tactics in the classroom to help shift gears towards a more organic and instinctive understanding of a foreign language.