THE LANGUAGE SLEUTH, episode 1: A Letter From Middle Earth

Posted by Manny Echevarria in Most Popular, Translation, Uncategorized on September 24, 2008 2 Comments 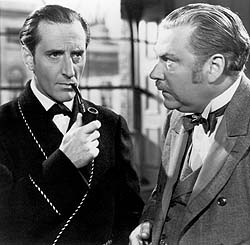 Recently, ALTA received a fax from a law firm with a request to translate an attached document. Strangely, the lawyers had received this document enclosed in an envelope with no return address, and with no English indication as to what the sender wanted done. We receive translation requests daily, but this one was quite odd. The lawyers couldn’t decipher the language that was printed on the tattered page. It was a single sheet of thick, yellowing paper, about half-filled with ornate characters that looked “maybe Arabic?” — as the lawyers wondered. But it was not Arabic.

It was not anything that we at ALTA had ever seen before. The mystery document was passed around the office and we attempted to identify the source language. A few of us offered educated guesses based on the diacritical marks and some other aspects of the script, but no one could determine the language exactly. We scanned it and sent it out to a few translators who specialize in East African, Middle Eastern, and East Asian languages. A couple of them responded with the theory that we had uncovered an example of a Manichean script that was banned centuries ago!

They were wrong. It took ALTA’s resident language sleuth and linguist, Wes Cook, to get to the bottom of the mystery.

Here is the story, in the Language Sleuth’s own words…

It was a dark and stormy night and the office was in a stir about a letter from a lawyer. The letter was written in an unusual alphabet that resembled some modern and some ancient scripts. But it certainly wasn’t Manichean.

Manichean script was used by the followers of the Gnostic religion of the founding prophet “Mani” between the third and sixth centuries. As a linguist, my professional opinion was that the document was some sort of hoax, and not, in fact, an example of any rare ancient language. So, I put on my sleuth hat and got to work.

Here were the first clues: I noticed significant differences between the mystery document and actual Manichean script. For one, Manichean was largely written up and down, not left to right as this was. There were other differences in the characters and markers (vowel or others) that were not present in Manichean.

It clearly had some Arabic characteristics, but the letters seemed more separate from each other. This alphabet was very different from the fluid, attached letters of Arabic. Besides, Arabic is written right to left. There’s no language I know of where the writing descendant is written in the opposite direction of the mother language.

Still nothing concrete had presented itself. It did possess qualities of Tibetan script, but it had these Arabic-like markers around some of the letters. I started researching any language that could have an Arabic culture mix with an Indo-Tibetan/Sanskrit-based language. The only culture that seemed to have such a blend was a tribe that existed in the lands north of India, west of Mongolia and east of Arabic regions: Tocharian.

Tocharian was used in that general region and has been extinct for hundreds of years. This was the closest, historically and regionally, that I could find. Yes, the timeline, region and inter-mingling of cultures matched up; however, too many other qualities did not match.

The combination of language characteristics seemed arbitrary from a linguistics point of view. From an artistic point of view, however, it was beautifully rendered. That’s when it hit me: J.R.R. Tolkien.

Tolkien, well known for his “Lord of the Rings”, “The Hobbit” and other writings, was also a really well respected linguist, and an inventor of languages. Going with that hunch, I looked for examples of Tolkien’s scripts. Within no time, the mystery was solved.

The letter was written in an Elvish dialect invented by Tolkien. Once I was confident of its origin, I broke the news to the office. The announcement was received with quite a bit of laughter.

So, there you have it. After nearly thirty years in the translation business, ALTA experienced a first: a letter from Middle Earth. Tune in next time for another installment of The Language Slueth: episode 2, An Email from Terabithia.