Skip to content
The Pros and Cons of Crowdsourcing

Home » Beyond Words » The Pros and Cons of Crowdsourcing 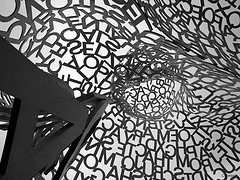 Crowdsourcing — the act of taking a job traditionally performed by a designated agent and outsourcing it to an undefined, generally large group of people — has been a hot topic across the web, stirring up controversy as well as passionate support. Outside of the translation world, crowdsourced projects like Wikipedia continue to flourish with over 16 million articles written and edited by over 91,000 contributors in over 270 languages. Although it isn’t perfect, Wikipedia is certainly powerful — and it uses its vast number of participants to help guide it in the right direction.

Efforts to crowdsource translation, however, have been a mixed bag. Many translators, as well as the American Translators Association, were up in arms when LinkedIn asked professional translators to crowdsource its website last year. On the other hand, charitable organizations such as Kiva have harnessed the power of volunteer translators to help alleviate poverty around the world.

One company that has produced crowdsourced translations with both resounding success and huge criticism is Facebook. Through its Facebook Translations application, Facebook has used its members to localize its interface into more than 100 different languages. While its success in reaching users around the world has been heralded by many, Facebook has also encountered one of the biggest problems with crowdsourcing: Quality control.

One advantage to crowdsourcing is the sheer number of eyes looking at the material. Wikipedia, for example, uses its thousands of contributors to watch for errors and biases in its articles. However, a thousand untrained eyes may not catch an error that a handful of professionals would see right away. When Facebook introduced its translated interface, it was criticized by many Spanish speakers for its numerous errors and misspellings. And just recently, users took advantage of a flaw in the Facebook Translations application to replace correct translations with profanity.

In other words, crowdsourcing often skips the quality control offered by professional translators — both in terms of their skill and the review process they use.

What Professional Translators Can Learn From Crowdsourcing

Crowdsourcing is not going to go away, and translators will only lose out by trying to ignore it. Many organizations are successfully using crowdsourced translation, despite its flaws, to further their causes.