Posted by Jonathan in Most Popular, Translation on January 5, 2009 5 Comments 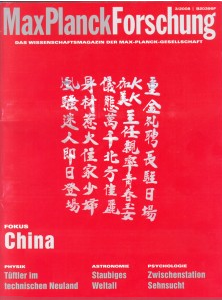 How will 2008 be remembered? What enduring memories will be etched in the annals of history?

Between the failing economy, the Beijing Olympics, and the rise of President-elect Obama during the longest political campaign in recent memory, translators had many opportunities to apply their skills of cross-cultural communication around the world. Most of the time, the work was flawless, but when it wasn’t, the results ranged from hilarious to potentially treasonous, and even deadly.

Will the citizens of Little Britain have fond memories of visiting Racist Park during the Olympics? Perhaps the Russian government will finally balance the budget for the State Bowels Fund when members of the Max Planck Intistitue complete their visits to Chinese Brothels? Only time will tell.

A Six Pack By Any Other Name…

Back in October, Rima Abdelkader of the New York City News Service Blog, penned a gut busting piece on the election’s many buzz words.

Back in May, ALTA reported on an unfounded mad cow disease scare in Korea in a Beyond Words post. Chosun reported that the U.S. FDA cattle feed rules had been translated to Korean and published only later, much to the chagrin of the Korean Government, to find that the document had left out some very pertinent details from the English source text. As a result, the translated document communicated a much more stringent U.S. feed policy than actually exists.

Critics went as far as to call for impeachment of the Korean president. In the official apology, the spokesman for President Myung-bak said, “We regret that we have caused unnecessary misunderstanding and concern…” It is unclear whether the FDA feed rules were mistranslated on purpose in an effort to deceive the people of Korea, or whether it was an honest mistake.

Melanie Phillips, a writer for

‘The more Qassam (rocket) fire intensifies and the rockets reach a longer range, they (the Palestinians) will bring upon themselves a bigger “shoah” because we will use all our might to defend ourselves’.

Reuters had translated the Hebrew word ‘shoah’ as ‘holocaust’. But, contends Phillips, ‘shoah’ merely means disaster. She continues to state that, “in Hebrew, the word ‘shoah’ is never used to mean ‘holocaust’ or ‘genocide’ because of the acute historical resonance”.

Needless to say, this produced an uproar from all parties involved.

The conflict between Russia and Georgia was exacerbated by badly-translated French back in August.

Peter Allen, of Telegraph.co.uk, reported that France’s foreign minister has admitted one reason for the continuation of the conflict was a passage in the Russian translation of the agreement that referred to the security “for” South Ossetia and Abkhazia. The English version speaks of security “in” the two areas.

Allen pointed out the imperative distinction: Russia continued to keep its tanks and armed troops “in” Georgian territory. The international community, in turn, wants security “for” South Ossetia and Abkhazia without the Russian army staying in Georgia.

Allen also declared this translation mistake as “a huge blow to the French belief that theirs is a lingua franca, spoken and understood the world over… [and that] in fact French has long been replaced by English as the language of diplomacy, and is becoming increasingly irrelevant to the international community.” Zing!

A mistranslation of a post earthquake speech given by Wei Hong, the provincial vice governor of Sichuan province in China, ignited public concern and averted public attention from reconstruction efforts.

As reported back in November by Andrew Jacobs of Herald Tribune, the vice governor was asked about the final student death toll by a foreign reporter. Wei Hong produced a verbose response ending with the number 19,065 (more than double previous estimates and one that would suggest that a quarter of the earthquake victims were children).

The official English translation of Wei’s remarks included the word “student” after the figure 19,065. Rapidly disseminated by foreign and Chinese media, it took only hours to arrive on the central government’s main Web site. This spurred an official clarification, that insisted the data had been “flubbed” via translation. The government contended that the figure 19,065 applied to the number of positively identified victims, not the number of dead students.

“I am not in the office at the moment. Send any work to be translated”.

Back in October, the BBC published this story on public signs in Welsh and English.

Officials requested a Welsh translation of a road sign to communicate “No entry for heavy goods vehicles. Residential site only” They emailed their in house translators and promptly received a response. The reply was, they assumed, exactly what they needed.

Hardly. The Welsh translation that ended up being printed and mounted on the street reads: “I am not in the office at the moment. Send any work to be translated“. 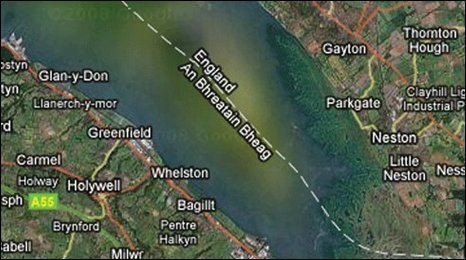 Also reported by BBC, apparently Google, the world’s best known search engine, found a translation of “Wales” and failed to realize it was in the wrong language. Google Maps thus titled Wales as “An Bhreatain Bheag”, the Irish for Wales, which translates as “Little Britain”. Aww, little Britain.

Who is a citizen of with their ears?

Mark Liberman, of Language Log was tipped by a reader about a humorous quote from a press release about a Chinese Exhibition on solar energy:

“3rd 2008 Asia Solar PV Exhibition attracted many companies come from more than 20 countries and regions, such as Germany, France, Switzerland, the United States, Hungary, with their ears, Italy, Japan, Singapore, South Korea, China Taiwan, and so on.” [emphasis added]

Obviously a machine translation goof (as many of this year’s best have been) but Liberman does a thorough job of explaining why such an otherwise inexplixable mistranslation would occur.

In short: the Chinese practice is to represent foreign names, including country names, using characters whose pronunciation approximates that of the target word. But like all Chinese characters, these are logograms, which (perhaps ambiguously) represent morphemes as well as sounds.

One famous example that Liberman points out is the name Kennedy, which was originally transliterated as 啃泥的 (kěnníde), meaning “gnaw mud person”. It was then changed, for obvious reasons, to 肯尼迪 (kěnnídí), meaning “willing Buddhist nun enlighten”.

Management of the State Bowels’ Fund

The authors of the blog, Wu Wei have cast their ballot for mistranslation of the year:

* the main control functions… in the state regulation of bowels use;
* perfection of Russian legislative branch, connected with the bowels use;
* checking of financial state of the client when giving him right for bowels use;
* development of measures on the increase of economic responsibility of the bowels users

Here is an explanation for how the blunder occurred: Someone had mistaken the Russian word Nadra, which means subsoil for bowels. Bummer!

Victor Mair, of Language Log, reported earlier this month on MaxPlanckForschung, the journal of the Max Planck Institute. The journal themed its latest issue with a focus upon the nation of China. In stride with this theme, the journals editors requested an elegant Chinese poem to grace the cover. What went to print and subsequently was shipped and distributed was, how shall we say, less than elegant. No sooner had the journal fallen into the hands of Chinese readers than it set off a frenzy of indignation, uproarious laughter, and animated discussion.
This is a rough translation of what the text (pictured above) says:

With high salaries, we have cordially invited for an extended series of matinées KK and Jiamei as directors, who will personally lead jade-like girls in the spring of youth,
Beauties from the north who have a distinguished air of elegance and allure,
Young housewives having figures that will turn you on;
Their enchanting and coquettish performance will begin within the next few days.

The moral of this story, according to Mair, is if one is not deeply versed in Classical Chinese, one would be well advised to refrain from commenting on anything written in it. Especially if the text in question is likely to be distributed all over the world by a renowned institute of scientific research.

Of course, the Chinese officials charged with translating signs for the Olympic Games this year did not exactly set the bar very high for cross-cultural communication. Here are a few examples of their fails:

The signs for the emergency exits in the Beijing airport warned visitors:“No entry on peacetime”

The Ethnic Minorities Park turned into the “Racist Park”

ALTA wishes all of our clients, contractors, employees and of course Beyond Words readers the very best in 2009! Happy New Year!