Translating One Hundred Years of Solitude

Posted by Janet Barrow in Localization, Translation on October 14, 2019 0 Comments 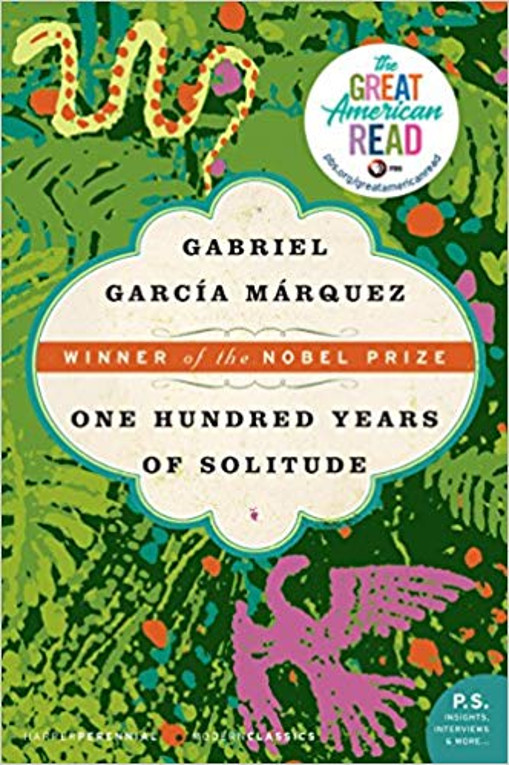 On May 30, 1967, just two days before the release of Sgt. Pepper’s Lonely Hearts Club Band, a novel came out in Buenos Aires that was destined to sell more copies world-wide than Homer’s The Odyssey, Mitchell’s Gone with the Wind, or even Dante’s The Divine Comedy. It was the golden age of literature in Latin America, and Gabriel García Márquez, who would later become known to the entire continent by a single name, ‘Gabo,’ had just stolen the spotlight with One Hundred Years of Solitude.

Since then, his work has gone on to influence writers from Toni Morrison to Salman Rushdie, and he has even been called a childhood favorite of Barack Obama. But while García Márquez’ fame and notoriety is more than well-deserved, those who fomented their adoration reading his texts in English certainly should not overlook the work of another profoundly talented individual: Gregory Rabassa.

Rabassa was a renowned translator of texts from Spanish and Portuguese to English, and his client list included the likes of Mario Vargas Llosa, Clarise Lispektor, and Julio Cortázar. Still, he is probably best known for his English translation of One Hundred Years of Solitude, which García Márquez himself famously said was even better than the original Spanish version.

But what made Rabassa’s translation so good? To get an idea, let’s take a look at some of the tough decisions Rabassa was confronted with as he worked to transform Cien Años de Soledad into One Hundred Years of Solitude.

From the very first word of the title, there’s already a huge decision to be made. In Spanish, the number cien is not preceded by an article, and so it could logically be translated as either ‘one hundred,’ or ‘a hundred.’ The difference between ‘one hundred’ and ‘a hundred’ may seem insignificant, but in reality each one sets a very different tone. One evokes precision, as in one thousand three hundred and forty-two, while a sounds more like an estimation, as in a bit, a few, or a bunch. That’s why one and a can’t be interchanged in these examples (i.e. it’s impossible to say one few, or one bunch), or why if you ask for a cookie before dinner, you mother might say ‘okay, but just one.’ One does not equal a.

By deciding to use one, Rabassa opted for a title that sounds both stronger and more precise, and that ultimately sets the stage for the surgical precision and superior decision making that he employs throughout his translation.

Probably one of the greatest decisions that any literary translator faces is whether to domesticate a text, meaning to adapt foreign aspects of the original, such as names, expressions, or untranslatable words. Domesticating is done so that the text feels more accessible to the target audience. Or Rabassa could foreignize the text by maintaining these aspects of the original and thereby produce a flavor of foreignness in the translated version. This is a huge decision, with wide ranging implications in how the target audience ultimately receives and relates to the text.

Naming is one of the areas where the conflict between domesticating and foreignizing becomes clearest. In some texts, such as the Bible, the domesticating strategy is almost always used in order to create a sense of universality. That’s why Paul, Matthew, and John become Pablo, Mateo, and Juan in Spanish, or Paolo, Matteo, and Giovanni in Italian.

In general, though, Rabassa tends to favor foreignization of names over domesticating, though he does occasionally compromise by translating character nicknames, while leaving their proper names alone.

But what are the consequences of not translating names in order to preserve a sense of place? For one thing, the meanings of some names are lost, as demonstrated in the chart below:

And while it is generally believed that confusion is intended to be part of the experience of reading One Hundred Years of Solitude, partially owing to the incredibly large cast of characters, many of whom have the same name, the decision not to domesticize these names may augment the level of confusion experienced by English readers in particular. This is true simply because it’s usually much easier to remember names that one is familiar with or that relate, in some capacity, to who a character is (i.e. Melquíades, which sounds somewhat like the word alchemy in Spanish, is a Romani who frequently brings strange, magical inventions to the town of Macondo, and who dies and comes back to life).

Deciding not to change character names can occasionally get a translator into trouble, as in the following passage:

The leader of the squad, a specialist in summary executions, had a name that had more about it than chance: Captain Roque Carnicero, which meant butcher.

As you can see, Rabassa decided to add a clarifying detail here (‘which meant butcher’), rather than translating the name itself. In the French version, the translator opted for a footnote instead. In German, Carnicero was translated to Fleischer, and in Portuguese, the decision to leave the name is Spanish was easy, since the word for butcher in Portuguese, Carniceiro, is both phonetically and graphemically very similar to the word in Spanish.

So, as we can see, it can be very hard to strike a balance between domesticating and foreignizing when it comes to names, because every decision is ultimately a trade-off. Additionally, the translator needs to be well-equipped to solve problems when names with meanings that are essential to understanding come up.

Sometimes, in order to produce a ‘literary’ text in one language, a change of register is needed. Since most English literary texts from the 1960s were written using formal language, Rabassa wanted to increase the register of Cien Años de Soledad, which was written in largely quotidian Spanish. The question was: How to increase the register while remaining true to the original?

It appears that Rabassa’s solution was to stick to Latin-origin words, meaning that whenever it was possible to translate a word in two different ways, either using a word of Anglo-Saxon origin or one of Latin origin, he would choose the word of Latin origin. This resulted in a more formal sounding text, because, in general, Latin-derived words are formal in English, though they may be informal in Spanish. Thus, words like noción, navegar, territorios, and espléndidos would be rendered as notion, navigate, territories, and splendors, rather than more quotidian-sounding alternatives like idea, sail, regions, or wonders. This not only slid the register slightly up, but it also helped to foreignize the tone of the text, so that it almost sounds like a slightly Hispanicized version of English because it favors Spanish-English cognates over equivalent words of Anglo-Saxon origin. That’s certainly a brilliant way to kill two birds with one stone!

As we can see, an incredible amount of decision-making goes into literary translation, and every decision is a trade-off. If you choose to foreignize, you may lose the sense of closeness and identification that readers would feel if you opted to domesticate. Domesticating, however, may come at the cost of individual characters’ own identities and a strong sense of setting. One thing is certain though: every time a text is translated, it is given a new identity in a new language. So, rather than mourn those things that are inevitably lost in translation, why not celebrate the infinite variety of interpretations that literary translation provides us? After all, it was García Márquez himself who said, ‘a good translation is always a re-creation in another language.’