Skip to content
Translation: History of a Dangerous Profession

Home » Beyond Words » Translation: History of a Dangerous Profession 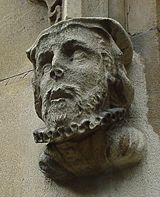 To translate a controversial text may very well mean putting one’s life on the line. Western history offers several examples of tortured and slain translators and interpreters, and as apt as we are to think that those barbaric times are over, the late 20th century saw one of the most appalling incidents of violence against a translator.

During the Protestant Reformation it was not uncommon for the ruling powers to round up and apprehend people who opposed strict Roman Catholicism. Our first translator-martyr not only opposed the dogmatism of his time, but rendered his 1526 translation of the Bible based on the philosophy “If God spare my life…a boy that driveth the plough shall know more of the Scripture than [the Pope].” William Tyndale (c. 1494 — 1536) translated the Bible into early Modern English in such a successful way that many portions of the King James Bible reflect his work. Unfortunately, his integrity as a translator resulted in Tyndale’s death: He was apprehended, strangled, and burned at the stake in Antwerp, Belgium.

In his wake followed the death of another religious translator — that of French scholar Etienne Dolet (1509 –1546). Among Dolet’s published translations were a number of Calvinistic works and a dialogue by Plato. For these and other texts, Dolet found himself accused of atheism several times, served several sentences, and finally was tortured and burned at the stake in Place Maubert, Paris. The place of his death is marked by a statue erected in 1889.

The most prominent modern death of a translator occurred in July of 1991 when Hitoshi Igarashi, the Japanese translator of Salman Rushdie’s controversial novel The Satanic Verses, was found stabbed to death outside of his office at the University of Tsukuba. Islamic militants had previously targeted Igarashi, an Islamic studies scholar, and the Islamic Center in Japan issued a statement against the publication of a Japanese translation of Rushdie’s novel. The threat of violence, however, did not stop publication and proliferation by the Shinseisha publishing house, and somewhere between 60,000 and 70,000 copies sold in Japan.

More recently, many interpreters and translators find themselves under fire. In courtrooms and prisons, in times of social and political unrest, chaos, or war, they are direct enemy targets. Both translators and interpreters throughout history have become victims of the old saying “Don’t kill the messenger.” These bearers of bad news — or simply of change — endeavored to step across the cultural gap, aware of the possibility of being dangerously misunderstood.