Working It Out – Metaphors of “Work” in the English Language

Posted by Janet Barrow in Language and Culture on November 2, 2018 0 Comments 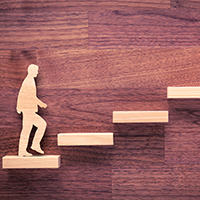 In pretty much every language, you can find the most basic and obvious equivalent of the word work – as a noun, meaning ‘job’ or ’employment,’ and as a verb, meaning ‘to engage in physical or mental activity to achieve a purpose or result, usually in the workplace.’ In English, however, the word has innumerable other uses. Let’s look at a few examples:

Here we can see that in many other languages, objects, relationships, and agreements are all things that function, while in English, they are things that work.

But that’s not all: The English language is chock-full of metaphors about work, a lot of which make very little sense to non-native speakers trying to learn the language: In addition to all of this, work has coined a number of colloquial meanings in popular culture, as in ‘you better work,’ meaning strike a pose, ‘work’ as used by Rihanna in her hit single with the same name, wherein work means ‘dance,’ and ‘to get worked’ meaning ‘to be insulted.’

Language can often reveal a great deal about cultural beliefs and practices. Take the word disaster, for example.

‘Disaster’ comes from the ancient Greek (dus-), which expresses negation, and (aster), meaning ‘star,’ so that the literal meaning was something along the lines of ‘an undoing of the stars.’ For the ancient Greeks, the stars had numerous uses, both practical and religious, which included navigation, agricultural planning, and in the case of Greek emperor Augustus, astrological readings were even used to legitimize imperial rights. Ultimately, the stars were what gave order to life on earth, and thus a disaster – of either natural or political nature – would logically find its origin in a misalignment of the stars.

On the other hand, the word calamity, which of course in modern English is a synonym for disaster, comes from the ancient Latin calamus, meaning straw. The etymological theory goes like this: the ancient Romans, whose staple crops included wheat, barley, and spelt, spent an enormous amount of time separating the grain (usable part of the plant) from the chaff and dry stalk, otherwise known as straw. Occasionally, though, a great gust of wind would come along and mix the separated piles of plant parts back together again, undoing the farmers’ hard work. This phenomenon thus became known as a calamity.

In Roman culture, devastating damage or upset was suddenly no longer the product of ‘an undoing of the stars’ but instead of the ‘undoing of work.’ This definition aligns well with Roman ideas about identity, or ‘Romanitas,’ since in contrast to the Greeks, who valued leisure time and political participation over work, the Roman ideal was that of the citizen/soldier/farmer. As hard-working, frugal, and practical people, farmers were among the most highly respected Romans, and thus, it makes sense that in Latin, calamity is what ensues when the virtuous farmer sees his labor undone.

The word work comes from the Indo-European stem werg-, via the Greek ergon, and finally, the Latin word urgere, meaning ‘to press, bear down upon, or compel.’ Interestingly, not only in English, but in most European languages, the etymology of the word work can be traced back to rather pejorative beginnings. The words trabajo (Spanish), trabalho (Portuguese), travail (French), and treball (Catalan) all come from the Latin word trepaliare, meaning ‘to torture or inflict suffering or agony.’ Similarly, the German arbeit suggests hardship, effort, and suffering. These roots find themselves in strange conflict with modern ideas about the inherent value of hard work both to society and to the individual that performs it, as can be reflected in many work-related idioms with positive connotations: ‘an honest day’s work,’ ‘a good work ethic,’ and so on.

Interestingly enough, very little research seems to have been done regarding the frequency of expressions of work in the English language. But, looking back at the words ‘disaster’ and ‘calamity’ as examples of how much certain words tend to reveal about their users, as well as the pejorative roots of ‘work’ and its sister-language equivalents, I’d say it’s a safe bet that the frequency of ‘work’ in English is no accident.

It would appear that this frequency finds its origin some place in the Protestant Reformation, wherein the Protestant values of hard work, discipline, and frugality departed from Roman Catholicism’s traditional focus upon religious attendance, confession, and ceremonial sacrament. The few languages that possess some similarities in their idiomatic usages of ‘work,’ especially as a replacement word for function – including Afrikaans, Dutch, Danish, Norwegian, Icelandic, and German (German uses function, but has a number of separable verbs comparable to English phrasal verbs that use work) – are all languages spoken in countries that were drastically altered by the Protestant Reformation, and that are often now culturally characterized by the Protestant work ethic. In contrast, countries such as Spain, Italy, France, and Portugal, which remained predominantly Catholic during the Protestant Reformation, tend to employ the word ‘work’ with less variance in meaning, and don’t tend to use it as a replacement word for ‘function.’

Just as we can learn quite a bit about the cultural differences between Greece and Rome by looking at the etymologies of two contemporary synonyms, disaster and calamity, it appears that there’s a lot we can uncover about both modern and historical values regarding work by looking at the different ways the word is employed across languages today.