Skip to content
7 Questions to a Linguist: Vyvyan Evans Shares the Bloody Secret Life of Theories

Home » Beyond Words » 7 Questions to a Linguist: Vyvyan Evans Shares the Bloody Secret Life of Theories 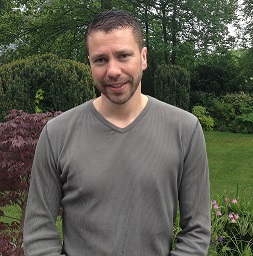 In the latest installment of 7 Questions to a Linguist, ALTA Language Services had the pleasure of catching up with Vyvyan Evans. Vyv Evans, PhD, is a professor of Linguistics at Bangor University, United Kingdom. The author of more than a dozen scholarly and popular books on language, meaning, and mind, he spoke with ALTA Language Services about his most fascinating discoveries in the world of communication.

In addition to meeting my future PhD supervisor, Andrea Tyler, when I was a graduate student at the University of Florida, an early pivotal experience was reading Women, Fire, and Dangerous Things by the linguist George Lakoff. I remember vividly the amazement I felt as I avidly turned the pages: it was as if a veil had been lifted that had partially obscured by mind’s eye. The book, in many ways, helped defined what was back then still the fledgling movement of cognitive linguistics.

Reading the book, I was struck by the new way of thinking that it pioneered; unremarkable today, perhaps, where the kind of perspective that Lakoff helped usher in is mainstream. But back then, the questions he asked, the solutions he offered, were so different from the perspectives, assumptions, and theoretical positions on language, mind and society that my graduate training had instilled in me. And the book left me intent on doing linguistics in a new way. I didn’t know what I would do, precisely, but the possibilities seemed endless.

What, exactly, is the mysterious elixir of communication: meaning? How is it, in the absence of telepathy, or intravenous injection, I can get an idea, from my mind, into yours? How does this happen? What do I need to examine about me, you, language, the contexts of use, and the conceptual infrastructure that supports this mysterious act of meaning creation, in order to properly understand how it occurs? And, how does the cultural milieu that we live and breathe within, and which language both reflects and helps constitute, inform our everyday acts of meaning?

My research has always been concerned with the nature of meaning, a subject that is both slippery and endlessly fascinating. A scientific analysis of how we mean, for my money, is one of the last great frontiers in mapping the human mind. It is key to all of the academic disciplines I can think of, in one way or another, and the hallmark of what it means to be human. This burning issue—how we mean—has motivated me from the very earliest point in my career. And, it still keeps me up at night.

3. Which technologies do you believe are having the most profound effect on how we communicate today?

Digital technology is having a transformational effect on how we communicate and with whom. With the advent of this technology, a new design space has been created for previously unheralded systems of communication: emoji, for instance. For some commentators, these new forms of communication represent something of backwards step, leading to a drop in spelling standards, making us poorer communicators, even making us dumber in the process—so the sneering rebuke seems to go. But this is far from the truth. Digital communication reuses the self-same principles of interpersonal communication that have always existed in our species. The difference is that this new medium for connecting with others offers new ways, and new challenges, in communicating, most notably in expressing emotion and empathy. In the process, new systems for conveying meaning are helping expand the human communication potential. This is both revelatory, and exciting.

Be bold in what you stand for.

5. Which of your professional achievements do you believe will have the most lasting impact on the field of linguistics?

My future achievements: I’m young enough, I hope, to still have my prime ahead of me.

To the lay-person, the Academy is the venue where research is focused, with almost saintly zeal, on pursuing truth. According to this narrative, science—whatever the discipline—leads to gradual yet steady progress towards the ultimate truth. But the reality is, perhaps sadly, quite different. Science can only proceed by asking questions, which build on gaps in existing knowledge. But questions are always framed in terms of a prevailing theory or paradigm. And theories, like cultures and people, are social phantasms, which come with baggage – good, bad and even downright ugly. Theories have leaders (often iconoclasts) as well as followers, foot soldiers and even groupies. Belonging to the right theory can, as with all sociocultural groupings, be used to leverage power. Any successful theory can bestow financial backing, serve to recruit a steady stream of willing and intelligent graduate students who will go out and evangelise; and it bestows tenure, ensuring an intellectual empire.

With the rise of competing theories, intellectual warfare can break out. In the worst case scenario, this can be hard-fought and even bloody. Careers can be speared in the process, and the collateral damage can be considerable. One thing I’ve learned is that successful research can, alas, sometimes be as much about the ability to negotiate this sociocultural realm, and the associated human politics, as it is a pure quest for scientific truth.

I don’t have pet grammar peeves – one thing I’ve learned is that although language is as much an act of identity as it is a means of conveying a communicative message, it never stands still: language changes, mutates, and evolves, even within an individual. That said, standardization is clearly important. If we can’t agree on a particular way of using words, or even punctuating them, we’d be in the sort of pickle that characterizes Humpty Dumpty, Lewis Carroll’s language analyst-in-chief in Alice Through the Looking Glass. There Humpty disdainfully advises Alice that a word means exactly what he chooses it to mean. And nothing else!

That said, there is a veritable cottage industry which seeks to enforce one convention or another. But the self-appointed grammar ‘police’ are, to my mind, missing the essence of language; it never stands still. Change is both inevitable, and necessary, as new generations re-use aspects of the language of their forebears in order to construct the revised social world that they now inhabit.