7 Questions to a Linguist: William Labov and the False Idols of Language

Posted by Maria Khodorkovsky in Language and Culture on March 11, 2016 6 Comments 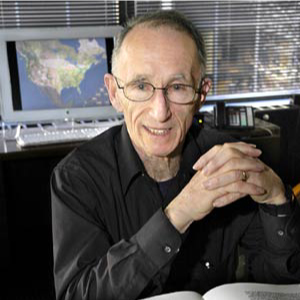 In today’s 7 Questions to a Linguist, we hear from a towering figure in the field of linguistics, Dr. William Labov.

Labov’s scholarly work over the past 50 years has garnered him the moniker “father of sociolinguistics”, and it is with a rigorous quantitative approach to the study of language change that he helped to define the discipline. Here William Labov speaks with ALTA Language Services about some of our most deeply-held beliefs about the phenomenon of language – the true, the trivial, the imperfect, and the enduring.

The first study I did of language change was of a sound change on the island of Martha’s Vineyard, where I interviewed an eighth generation Yankee, the lobsterman Donald Poole. He invited me to dinner at his house, to taste his wife’s Brown Betty. At dessert, I asked, “Mr. Poole, what is a Yankee?” He was silent for twenty seconds. Then he said, “There are ten things that make up a Yankee, and the first is the fear of a living God.” I had no tape recorder, and though I tried desperately to remember the rest, this is all that stayed with me. But 45 years later, Poole was the first of “Six people I have learned from” in my prize address to the American Council of Learned Societies.

The second of these six people was Jacob Schissel, a retired Jewish postman on the Lower East Side of New York City. I asked him, “Have you ever been in a situation where you thought you might be killed, where you said to yourself, ‘This is it’?” He said, “My brother stuck a knife in my head.” His wife said, “Oh my God!” She had never heard the story he was about to tell me. It was about a violent conflict at the time he was sitting shiva for his father’s death, and ended with the doctor’s words: “Just about this much more and you’d a been dead.”

As I was going down the stairs, I heard his wife say, “That’s a clever young man.” I remember being puzzled. I didn’t do anything clever. But fifty years later, Schissel’s narrative opens the first chapter of my book, The Language of Life and Death, which deals with the power of everyday language to deal with the fundamental facts of human existence.

I’ve continued to focus on the causes of language change. Formal linguistic theory is aimed at that core of language structure that is universal and, by definition, has never changed: it has a null footprint in time. I am interested in every part of language that can and does change, and how language change intersects with its fundamental function of conveying information about the world around us. In 1968, Weinreich, Herzog and I defined five problems for the empirical study of linguistic change. Of these, the actuation problem remains the most recalcitrant but also the most fascinating.

3. Which research methods or technologies used today are leading to the most significant breakthroughs in what we know about language?

The acoustic analysis of vowel systems began with the electro-mechanical devices of the early 1940s. This was replaced by software Fourier analysis and linear predictive coding with a tenfold increase in speed and accuracy. The FAVE program, developed at Penn two years ago, will yield formant measurements of 10,000 vowels in an hour. Accompanying the development of such large databases of a million vowels are software programs for mixed-level regression analysis that allow us to separate the simultaneous effects of age, gender, education, and ethnicity from internal factors and the random variation from word to word and speaker to speaker.

These technical improvements have made it possible to trace change through the community on a large scale, and define the principles that give rise to chain shifts, splits, mergers, and most recently the competition between whole phonological systems. Most recently, we found that the complex Philadelphia system for pronouncing short-a words is giving way to a simpler system used in other regions of the country, and that this change is heavily concentrated in high schools with elite admission procedures.

4. Which of your professional achievements do you believe will have the most lasting impact on the field of linguistics?

When I entered the field in 1961, the primary data of linguistics was drawn from answers to questions that linguists asked themselves. I had the notion that a more solid foundation could be built on the basis of how people speak in everyday life, using the newly developed instrument, the tape recorder, and engaging people in conversation on subjects of vital interest to them so that the focus was on what was said rather than on how it was said.

This produced data that was highly variable in many respects, and led us to develop more and more sophisticated tools for the study of variation, so that the field that was once called sociolinguistics re-emerged as the study of linguistic change and variation. The interest in probabilistic measures has spread quite generally throughout linguistics and many linguists who once based their work on intuition have become engaged with the analysis of big data sets.

I would like to believe that some of our findings on change and variation will stand the test of time, and that fifty years from now linguists will be interested in what we have found out. For example, that mergers will expand at the expense of distinctions, and that given the asymmetry of child raising practices, women will lead over men in the development of linguistic changes in progress. But I would be quite content with the result that more linguists leave the university to enter the speech community, engage with the speech of everyday life, and describe the new regularities that emerge as language adjusts to the needs of the speakers who use it.

It is very difficult to convey our findings on the nature of everyday language to the general public. The vocabulary that people have available to describe local dialects is confined to a small set of words that have no clear or concrete referent: “guttural”, “harsh”, “flat”, “nasal twang”, “singsong”, “drawl”. Newspaper stories about changes in progress convey very little information to the readers, no matter how sincere and intelligent the efforts of the writer.

Moreover, people have a deep investment in principles that are the opposite of what all linguists believe.

Number one is the arbitrariness of the linguistic sign. In truth, everyone (including linguists as members of the speech community) believes that there is a right name for every common object. How else can we explain the general fascination for the most trivial facts of dialect geography: that Midland speakers say “sack” for what others call a “bag”? Even more general is the belief in the Golden Age theory: that language once existed in a stage of perfection, and that any change in it represents a corruption and degradation.

I have gradually come to the conclusion that this is not a limitation of our intelligence. Rather, it is possible that language would not work well if it were clearly perceived. Given the need for rapid and accurate retrieval of vocabulary in everyday speech, there has to be an automatic connection between meaning and form that corresponds to the conscious conviction that there is a right name for everything. Conversely, the variation that we study comes with a cost. I would have to call this conclusion a painful conviction; the work to determine whether it is a painful truth remains to be done.

Nay, nay and maybe not after all.