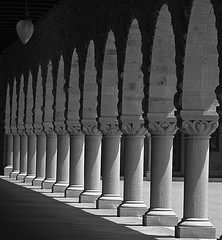 ALTA has completed a comprehensive study of court interpreter exams for the Judicial Council of California. The published report, California’s Assessment of the Consortium for Language Access in the Courts’ Exams, appears on the California Court’s website.

In May of 2009, the Judicial Council of California contracted ALTA to assess the Consortium for Language Access to the Courts’ (CLAC or Consortium) test development process. The aim of the study was to perform a comparative analysis between the examinations developed by CLAC to certify its member state court interpreters and the examinations developed by California to certify California state court interpreters.

The study includes literature and document reviews and interviews with members of the Consortium’s staff both past and present, including language consultants and exam writers. Additionally, ALTA and a team of psychometricians performed a psychometric audit of the Consortium’s test development process to identify its key strengths and any areas that were in need of improvement to meet test industry standards according to the Standards for Educational and Psychological Testing (AERA, APA, & NCME, 1999).

Once the psychometric audit was complete, a group of subject-matter experts examined both the written and oral Consortium exams to identify the knowledge, skills, and abilities required for successful court interpreting , as determined in the Study of California’s Court Interpreter Certification and Registration Testing. Results from the comparative analysis showed a high degree of overlap between the California and CLAC written and oral exam KSAs, as well as a strong degree of comparability between the structure, content, and level of difficulty found in the oral exams for each program.

ALTA is a leader in language testing and large-scale language solutions for government agencies and corporations nationwide. In addition to being the official language testing provider for the cities of Los Angeles and New York, ALTA has worked with the Judicial Council of California on language testing studies for several years. Learn more about us at altalang.com