Posted by Maria Khodorkovsky in Language and Culture on April 14, 2017 0 Comments 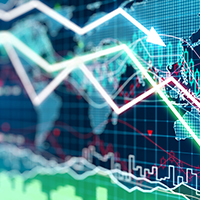 When the Eurozone was forged in 1999, it brought with it the promise of more mobility, cooperation, and comradery in Europe. The global economic downturn that followed shortly after generated a sense of urgency, especially among young people, to seek employment outside of their home countries. Spain – one of the countries hit hardest by the recession – serves as a striking backdrop for an abortive “brain drain” that hinges on learning the languages of more robust economies. With many young Spaniards frustrated by an abysmal unemployment rate and lagging prospects at home, thousands are enrolling in foreign language courses in order to bolster their chances of finding employment abroad.

A recent study out of Frankfurt University has indicated that lack of fluency in the host country’s language stands as the primary impediment to border mobility and labor market integration in Europe. While countries like Germany have a very real demand for skilled engineers, IT specialists, doctors, and nurses, those positions require more than a working knowledge of Europe’s lingua franca, English – a language less prevalent in the public sector and in small- and medium-sized businesses. According to the German Federal Employment Agency, employers require German-language fluency for most specialized positions, and are not willing to compromise on that prerequisite. To that end, the agency announced earlier this year that it would funnel up to €40 million into language training programs for unemployed Europeans between the ages of 18 and 35 to boost their job prospects.

Europeans are not the only people traversing the continent in hopes of employment. The Organization for Economic Cooperation and Development stated in a 2012 report that migrant workers from outside the European Union make up 5 percent of the EU’s population – 2 percent higher than the number of EU citizens living outside of their home countries – and there has been an increase in initiatives aimed at recruiting skilled workers from India, Indonesia, and Vietnam. Still, the primary barrier facing migrant workers will continue to be language. While one of the expressed ambitions of the EU’s European Commission is to have all Europeans fluent in two languages in addition to their mother tongue, a poll released earlier this year of more than 25,000 Europeans found that only 54 percent could speak more than one language. With the global economy still on shaky footing, at least one positive result will ensue: in ever greater numbers, individuals will enroll in foreign language courses and continue to promote cultural and economic integration.