That’s When the Dame Walked In: The Language of Film Noir 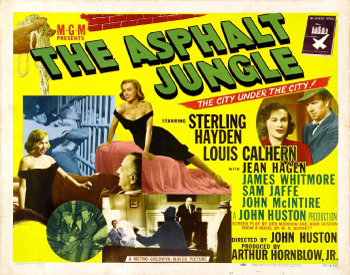 Shadowy figures dart around corners and disappear into the fog. Hard-boiled detectives, commissioned by untrustworthy dames in expensive furs, toss cigarettes on the rain-slicked street and skulk into the night.

Film noir is a genre of bad guys and worse guys, where soothing notions like justice, love, and family hold no sway over a hopelessly jaded cast of characters. Let’s take a look at the lexicon of this irredeemable lot to see how one of the genre’s most important themes – cynicism – is captured in language.

Unlike the laconic heroes in Westerns, film noir’s protagonists have no qualms about airing their inner thoughts and overarching philosophies. The caveat, however, is that what’s said must always echo a world-weariness so sprawling and universal that no aspect of life escapes the dreary treatment. Only a small fraction of the genre’s characters cling to innocence, optimism, or hopefulness. Their role is to watch their most beloved ideals debunked.

How do our jaundiced detectives and scheming broads get their point across? Through puns:

And unexpected turns of phrase:

“I don’t mind if you don’t like my manners. I don’t like them myself. They’re pretty bad. I grieve over them long winter evenings.”
– Philip Marlowe, The Big Sleep
[Watch: The Big Sleep (1946)]

And all manner of caustic wordplay:

“You’re dumber than you think I think you are.”
– Jake Gittes, Chinatown

There’s really only one way to cheer up someone in film noir, and that’s with money. In a genre where life has lost its meaning, only money can rouse a character – albeit temporarily – from a whisky stupor.

“We didn’t exactly believe your story, Miss O’Shaughnessy; we believed your two hundred dollars…I mean, you paid us more than if you’d been telling us the truth, and enough more to make it all right.”
– Sam Spade, The Maltese Falcon
[Watch: The Maltese Falcon (1941)]

The strongest bond between film noir’s characters is the tacit understanding that money can buy everything from beautiful women to indemnity.

Film noir is second to none when it comes to colorful characters, many of whom have equally colorful nicknames.

Don’t Go Trusting Me Too Much, Kid: The Language of Westerns