Posted by Janet Barrow in Language and Culture, Uncategorized on December 24, 2019 0 Comments 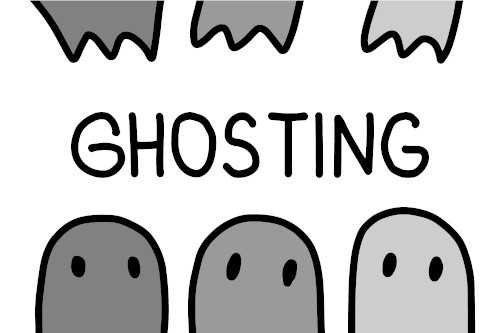 A couple of weeks ago, we took a look at some of the words and phrases that were transformed by the 2010s, taking on new forms and meanings to fit with the changing times. Today, we’re looking at neologisms the 2010s – entirely novel language born of our shifting political, cultural, and technological landscapes. Some of these neologisms demonstrate how cultural conversations are changing, giving language to previously unrecognized or unspoken phenomena. Others show how technology has catalyzed politics and culture, creating new trends, ideas, and movements.

Gen Z-ers may find it difficult to believe, but before streaming platforms like Netflix, Hulu, and Amazon prime existed, it was pretty difficult to watch an entire TV series in just one or two days. Now, however, the practice of binge-watching, or watching TV for hours on end, has become nearly everybody’s favorite guilty pleasure. And who can blame us? Turning into a couch potato for a month to binge on Game of Thrones was totally worth it.

The term Brexit is a portmanteau of ‘British’ and ‘exit,’ and it refers to the United Kingdom’s decision to withdraw from the European Union following a June 2016 referendum. Brexit is a highly controversial move, though most of its effects depend on how closely tied the UK will remain with the EU, or whether it withdraws before terms are agreed upon, which would be a ‘no-deal Brexit.’

Conlang is a combination of the words ‘constructed’ and ‘language’ and it refers to invented languages such as Klingon, Dothraki, Elvish, and Valyrian. Though many conlangs come from fantasy novels or TV shows, some serve more practical purposes. For example, Esperanto was invented in the nineteenth century with the intention of being used as a second language for international communication. Clearly, constructed languages existed prior to the 2010s, but it took until 1991 for the term ‘conlang’ to make its debut on a post on Usenet. Still, ‘conlang’ didn’t gain much traction until David Peterson won a contest held by Game of Thrones to create languages for the series. The show’s success, coupled with Peterson’s story, brought ‘conlang’ into popular use.

In a decade where dating apps became ubiquitous, a whole slew of new neologisms arose to accommodate the unique challenges of the online dating landscape. Stashing, benching, catch and release, ghosting, slow fade – it can be hard to keep up. Ghosting is probably the most common of all of these terms, and it refers to when the person someone has been seeing vanishes without a trace. The relationship may have lasted just a few dates or even a few months, but suddenly one person stops responding to the other’s messages and may even block them on social media in order to avoid that uncomfortable break-up conversation. Ghosting is considered cowardly but, unfortunately, it’s quite common.

Humblebrag refers to the act of trying to get away with bragging about something by couching it in phony humility. A typical approach to the humblebrag on social media is to disingenuously complain about something, wherein the complaint becomes a vehicle for showing oneself in a positive light. For example, “Got gum on my shoe last night. Seriously, who spits gum out on the red carpet?” or “I’m so exhausted from my two-week trip to Europe.”

In the social media era, there are a growing number of people with large and devoted online followings. Known as influencers, they often make their living by incorporating sponsored products into their social media presence. Influencers are a big boon for brands seeking exposure for their products in a way that is more seamless and better targeted than traditional advertising. And the industry is booming, with estimates that influencer marketing could be worth $22 billion by 2022.

Pronounced Lah-teen-EX, this term is a gender neural neologism used in some circles to refer to people of Latin American racial or cultural identities. It replaces the gendered terms ‘Latino’ and ‘Latina.’ In Spanish, -o suffixed words are both the masculine and the neutral, meaning that, if you have a group of people of mixed gender, they will be referred to as ‘latinos’ or ‘amigos,’ even if the majority of them are not men. The term Latinx is used in place of male-neutral terminology, and it is also intended to be inclusive of gender identities that fall outside of the man-woman gender binary. Interestingly, this term is not used in Latin America, where proponents of gender-neutral language use the suffix -e instead (i.e. Latine, amigue, etc.)

Mansplaining is another portmanteau, this time combining the noun ‘man’ with the gerund ‘explaining.’ It’s a term used primarily by feminists to refer to men’s practice of giving unsolicited advice or direction to women, often in a condescending manner. The term mansplaining gives language to the feminist notion that some men tend to make assumptions about women’s competence or desire for explanation based on inherent gender bias. For example, “Jerry just spend ten minutes explaining the new software features to me. Apparently, he forgot I was the one who installed it.” Mansplaining is not to be confused with manspreading, which refers to men sitting on public transportation with their legs spread wide apart, covering more than one seat.

A black man steps onto an elevator. The white woman inside flinches and clutches her bag. Assuming she doesn’t speak English, a customer speaks to a Mexican-American woman slowly and loudly. A gay person is told that they seem ‘totally straight.’ These are all examples of microaggressions, which are defined as remarks, questions, or actions that are damaging specifically because they “have to do with a person’s membership in a group that’s discriminated against or subject to stereotypes.” In this way, microaggressions are different than other types of insults or insensitive comments. They arise from implicit biases, and often the aggressors don’t even realize that they’ve done something wrong. Though this term has been around for decades, it was named word of the year by Global Language Monitor in 2015 and has since been gaining traction as a specific way to talk about the indignities that many people face on a daily basis.

E-cigarettes first came on the U.S. market in 2007, but it wasn’t until the mid-2010s that they became ubiquitous enough to have their own verb. Simply put, vaping is the act of smoking an e-cigarette, which are generally filled with flavored nicotine products or cannabis-derived products. In the wake of a series of vaping-related deaths, vaping products have become highly controversial, with some calling for an all-out ban. Such regulations were instated in the UK at the advent of vapes, where they are largely used as smoking cessation devices in older populations. Still, some argue that an all-out ban will cause young vape users to switch to cigarettes, which are believed to be much more dangerous in the long-run.