Paths to Success in Translation: Interview with Translator Mary Maloof-Fleck

Posted by Jennifer in Translation on June 25, 2009 6 Comments 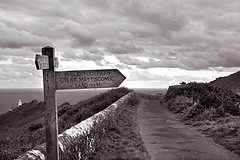 Since last year, all of us at Beyond Words have worked hard to provide a fun and useful resource for language lovers and professionals.

In between the fun language articles, we occasionally offer advice on how to become a professional translator, and we try to deliver some context on the history of translation, as well as some of the trials and tribulations that translators face.

If you are thinking about embarking on a translation career, we’d like to offer this new series as a useful reference.

Paths to Success in Translation

The Paths to Success series will serve you interviews with professional translators, guides to the best schools and certification programs, and advice for translators at every level. We hope you enjoy it, and find it useful.

With this first of our Paths to Success interviews, we turn to Mary C. Maloof-Fleck for her point of view on what it takes to make a successful translation career. (Hint: In Mary’s case, it has already involved the State Department, wine, dental surgery and a particularly surly gang member.)

As a child, Mary, who is of Lebanese descent, surprised her parents by choosing to study Spanish instead of Arabic because she felt inexplicably drawn to the Spanish language and Latin culture. Although she was born and raised in Atlanta, Georgia, she has traveled extensively throughout Western Europe, and lived in Madrid, Paris, and Washington, D.C. before embarking on her translation career. She is an accomplished classical pianist and has even been known to sing at a club or two!

Without further ado, we give you Mary Maloof-Fleck on paths to a successful translation career:

Why did you become a translator and what path did you take to get to this point in your career?

Originally, in college and in my early twenties, I never wanted to become a translator, and in fact, had never even considered that career path. I had actually been dreaming of a job with the U.S. State Department as a Foreign Service Officer, and had engineered my entire college career toward that end, with study abroad in Spain and France, a semester of study in foreign affairs at the American University, and an internship with the U.S. Senate Foreign Relations Committee. However, for the written portion of the FSO examinations I scored 145 points out of the 146 points I needed to make it to the oral tier, so my dream of becoming an FSO was dashed. I then graduated from college and moved to Washington, DC in 1994, attempting to break into the international relations sector from another angle through applying for jobs as a foreign affairs analyst, and all my efforts went up in smoke there as well. I couldn’t even get a job as an executive assistant at any of the embassies or government offices in town. In my job search I was invited back by people countless times for a second interview, but the jobs always ended up going to someone in-house or to someone they knew. Always the bridesmaid, but never the bride!

In the meantime, I had to pay the rent, so I temped as an executive assistant at the International Monetary Fund, World Bank and numerous think tanks. At one of them, the World Resources Institute, I worked as part of a team that was preparing a report to be submitted to the first Summit of the Americas (Miami Summit). I was asked to translate some articles that a group of Latin American journalists had written on sustainable development projects in Latin America, articles that would be included in this report with their translations. My co-worker, who was responsible for coordinating the articles and communicating with the journalists, had worked as a part-time translator for 20 years, and told me, “Your translations of these articles are excellent. You have a gift. Have you ever considered becoming a translator?” I laughed because I had this picture in my head of translators being these pedantic recluses without a life, huddled behind piles of books that they never emerged from to see the light of day, and I, of course, was not like that. After patiently listening to all my objections and stereotypes, she simply handed me information on the translation certification program at Georgetown University’s Linguistics Department, saying, “Look, just humor me and check it out.” I went to their next orientation session, spoke with the professors, and in two hours’ time, I knew in my heart that this was for me.

I went to translation school at night, and worked as an editor at a publishing firm called Carroll Publishing during the day. After I graduated from the program in May 1996 with a certification in Spanish to English translation, I did freelance work here and there part time while continuing to work for Carroll full time. In January 1997 I moved back to my hometown of Atlanta, GA, where I remain to this day, and I’ve freelanced full time ever since.

How did you land your first translation job?

I got my first job through Georgetown University right after I’d graduated from their program. A prestigious law firm needed a freelancer to translate some correspondence that was going to be presented in an international lawsuit, so they called Georgetown asking for the names and phone numbers of the most recent graduates of the Spanish to English program, and contacted me.

What has been your biggest professional challenge?

I can’t say that I’ve had any overarching professional challenges since I started, just a lot of little ones every day. No two documents are alike, so every single one that comes across my desk presents a new little puzzle to unlock, and presents at least one new thing for me to learn. In this profession I’m always challenged, I’m always learning, and I’m never bored.

Now, with regard to my most challenging project, I would have to say that one of them was definitely working with the district attorney’s office of Athens-Clarke County on a murder case involving a Mexican suspect. I was asked to do a “transcriptlation” of his interview with the investigator and testify as an expert witness during the trial, answering various questions from the prosecution and defense about my qualifications, Mexican slang, gangland terminology, etc. What unsettled me was not the questions that the defense was firing at me in an attempt to establish doubt as to the accuracy of the translation, but the fact that the suspect was staring at me quite aggressively the entire time, trying to intimidate me, I suppose. It was a little scary but I stayed focused and the DA told me I did a great job.

On that note, what has been your biggest professional reward?

A few months back (for ALTA, no less), I translated a letter a Chilean customer service rep had written to his company’s corporate office in the US to ask for their help with some disfiguring dental issues. His job involved interacting with clients face-to-face on behalf of his company, so he needed some dental work done, but his dental benefits weren’t coming through and he was being mistreated by the local office. I completed and delivered the translation, and forgot all about him. Three weeks later, I was given another letter to translate, and it turned out to be a very emotional thank you letter from this same Chilean gentleman, thanking his company because they had applied his benefits and covered his dental surgery, and now he could smile again. It was pretty awesome knowing I had helped him.

What advice would you give to an up and coming translator?

If you’re freelancing, get out from behind that computer and network, network, network. Then, when you’re sick of all that networking, network some more. This is how you get work. After you’re well established and word of mouth has gained a momentum of its own, you won’t need to pound the pavement nearly as much, but in the beginning you definitely need to dedicate every spare moment you can to marketing your services.

Also, don’t generalize; pick one or two specializations you enjoy and carve your niche in those specializations. If you do that, clients will turn to you again and again as the “go to” person for those specializations, and you’ll get to work in a subject you like. To paraphrase a popular saying, do what you love and the money will come later; if it doesn’t, hey, at least you’re doing what you love. I have a passion for wines and actually have an intermediate certification in wines and spirits from the Wine and Spirit Education Trust (WSET), so from time to time I’m approached by wineries to translate their marketing materials for an American audience.

Are there any pitfalls to avoid in the translation business?

There are plenty of unscrupulous individuals, businesses and organizations out there that take advantage of translators and pay them for their work only after many months have passed, if at all. I’ve always found this practice to be unconscionable because translators – at least the professional ones, anyway – work hard to meet their deadlines and turn in their work on time, and the least their clients can do, if they value their translation talent at all, is to return the favor by paying them in a timely manner. Subscribe to a resource such as the ProZ.com Blue Board, the TCR List, or the Payment Practices List to find out who the prompt payers, the slow payers, and the non-payers are.

What’s unique or interesting about your particular language combination? Do you have any specific advice for up and coming translators pursuing the same combination?

What’s interesting about my particular language combination is that I’m dealing with a source language that is spoken in 16 different countries, each of which has its own slang, vocabulary, etc. And in each of these countries, you have regions that can in turn be dramatically different with respect to vocabulary.

My advice to up and coming translators pursuing Spanish to English translation would be the same as that initially given to me by my translation professor at Georgetown: read voraciously, read everything you can get your hands on, in every subject you can get your hands on, from legal texts to novels, in both Spanish and English. That way, you will be able to accept a far wider range of jobs and not have to turn them down because you don’t know the terminology.

I find plenty of little things to giggle about in my job on a daily basis because Spanish and English are, to me, two of the funniest languages on earth, so I can’t think of any one incident that would top the others in funniness. That said, I do get a laugh out of the reaction I get from clients when they find out what my ethnic background is and find out that I acquired my foreign languages exclusively through my education and travels. I’m Middle Eastern, not Latina, so I have no family connections to the Spanish-speaking world, and I grew up in a household that spoke only English.

For more information on Mary visit her website at www.malooflanguageservices.com.