Beyond Words 2010 Quarterly Round Up 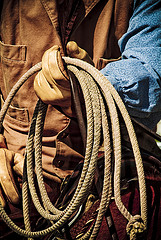 Spring has arrived and we’re taking a look back at the articles we’ve posted since January. Here are a few from the past four months that you might have missed. Hopefully, they’ll provide an informative and entertaining break to your day:

Top Multilingual U.S. Cities
If you haven’t already filled out your 2010 Census form, this article might inspire you to bust out a pen and a stamp. Using data from the previous census, we ranked the United States’ 40 largest cities according to their multilingual characteristics.

Fictional Languages in Film:
The Linguists Behind Na’vi, Sindarin, Klingon and Ulam
Get your geek on! Jennifer discusses the linguists who created a few of the most popular fictional languages in film, and she provides short clips of the languages in use.

10 Confusing English Words and How to Conquer Them
Beyond Words contributor, Maria, looks at five pairs of words that English speakers often muddle up. After reading this, you’ll never “flout” your mastery of English again.

Beyond Words Podcast: Landing in Morocco, An Arabic Lesson
This is the first episode of Beyond Words’ new language podcast. Take a few minutes to learn how to get from an airport to a hotel speaking Modern Standard Arabic, and download the lesson for later playback.

Periodic Table Manners, Wordnik.com, and other Notes on Language from Erin Mckean
Is it possible to not love Erin Mckean? We don’t think so. If you still don’t know who Mckean is, this article serves as a great introduction to the lexicographic work she has been doing for years.

Hegan: The New Male Vegan
The latest neologism of 2010 is hegan. Beyond Words contributor, Jes, analyzes the development of the new word, and offers insights on its cultural sticking power.

10 Foreign Language Covers
Studies show that singing in a foreign language might help learn that language faster. In this article, we compile ten fun English language songs and pair them with their foreign language counterparts. You can listen to both versions of the songs, which should leave you walking like ein Ägypter.

Top 10 Languages Tested
This article breaks down the top languages ALTA’s clients tested for in 2009. The results provide an interesting glimpse at language trends for business and government.

5 Must-See TED Talks on Language
We sorted through all of the TED talks about language from past TED conferences. These are five of the most thoughtful, interesting, and entertaining talks on the subject.

Beyond Words Round Up